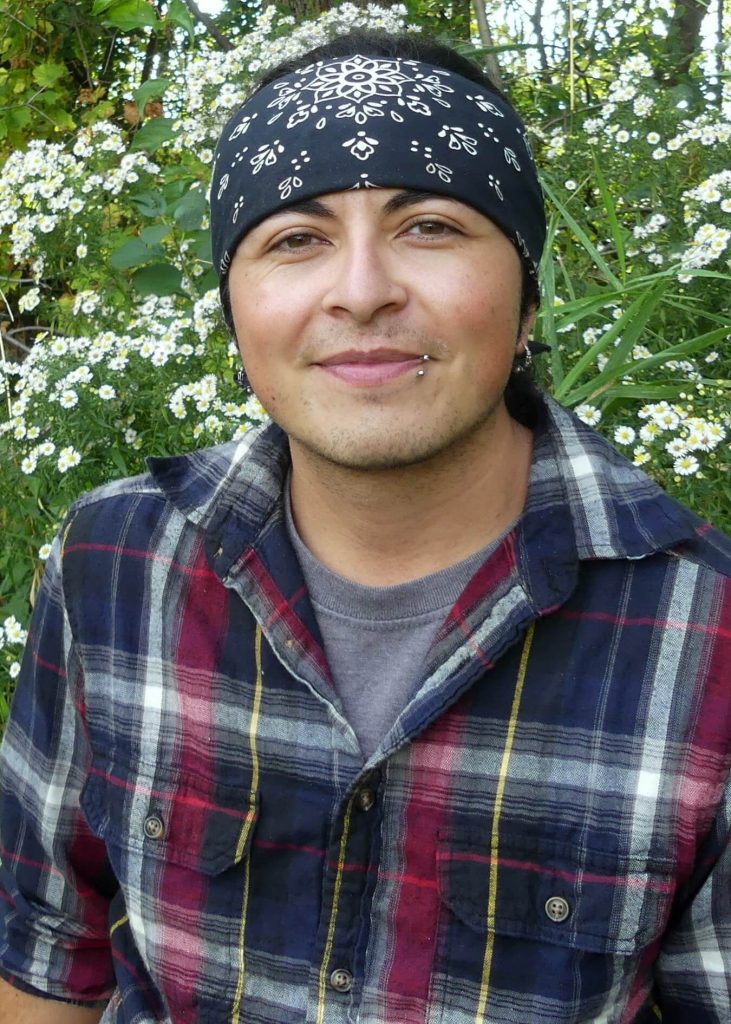 Rocky is originally from Tijuana, Mexico, but was raised in Northfield. He's a Northfield Raider (Class 2010) and TORCH alum, and has been part of the community for over 18 years. He's also a first generation student with a Bachelors Degree in Wildlife Management from the University of Minnesota and a Masters Degree in Conservation Biology from Antioch University New England (accomplishments he owes to support from his family and numerous mentors and advisors like Elizabeth Berry, founder of TORCH). His connection to Northfield and interests in food justice and wildlife conservation on agricultural lands are some of the reasons he’s been on staff since 2016. At the start of 2022, Rocky became Sharing Our Roots' new Executive Director. In this new role, Rocky will take the organization to its next evolution. Adding capacity to the team, building on the organization's financial resources and diversifying Sharing Our Roots' Board of Directors are among his top priorities.

Message to the Community

Like so many Latinx in Northfield, I have two homes – Minnesota and Mexico. I am originally from Tijuana, a border town and the largest city in Baja California. My parents moved to the states when I was young and Northfield is where I was raised. I owe a lot to this community – everyone who welcomed me as an immigrant, the elementary teachers who patiently taught me English, and organizations like TORCH that provided me with scholarships.

Thanks to all of this support, I graduated early from High School and pursued degrees in Wildlife Management at the University of Minnesota and Conservation Biology at Antioch University New England. In 2012, I became the first person in my family to receive a college degree. I even got the opportunity to visit Africa and live amongst the Samburu people of Kenya, while conducting research on human-wildlife conflict. Something I always dreamed of.

Years later, life brought me back full circle – back to Northfield.

I remember my first day at Sharing Our Roots (then Main Street Project) back in 2016. It was supposed to be a 2-month gig caring for a flock of free-range hens, but time passed and my role evolved. First to Community Outreach Coordinator, later Communications and Outreach Manager, then Operations Manager. Now, I’ve been given the opportunity to lead this organization to the next level as the new Executive Director.

The work we are doing at Sharing Our Roots matters, not just to me and our team, but to everyone who is connected to our 100-acre farm. Land access is entirely out of reach for most BIPOC and immigrant farmers living in this country due to systemic racism, which favors white men with wealth and political power. Our farm in Northfield is a huge community asset and offers a home base for emerging and immigrant farmers who yearn to grow together.

I hope you will join me in reimagining the future of farming in Minnesota - building resiliency and equity into our food system.