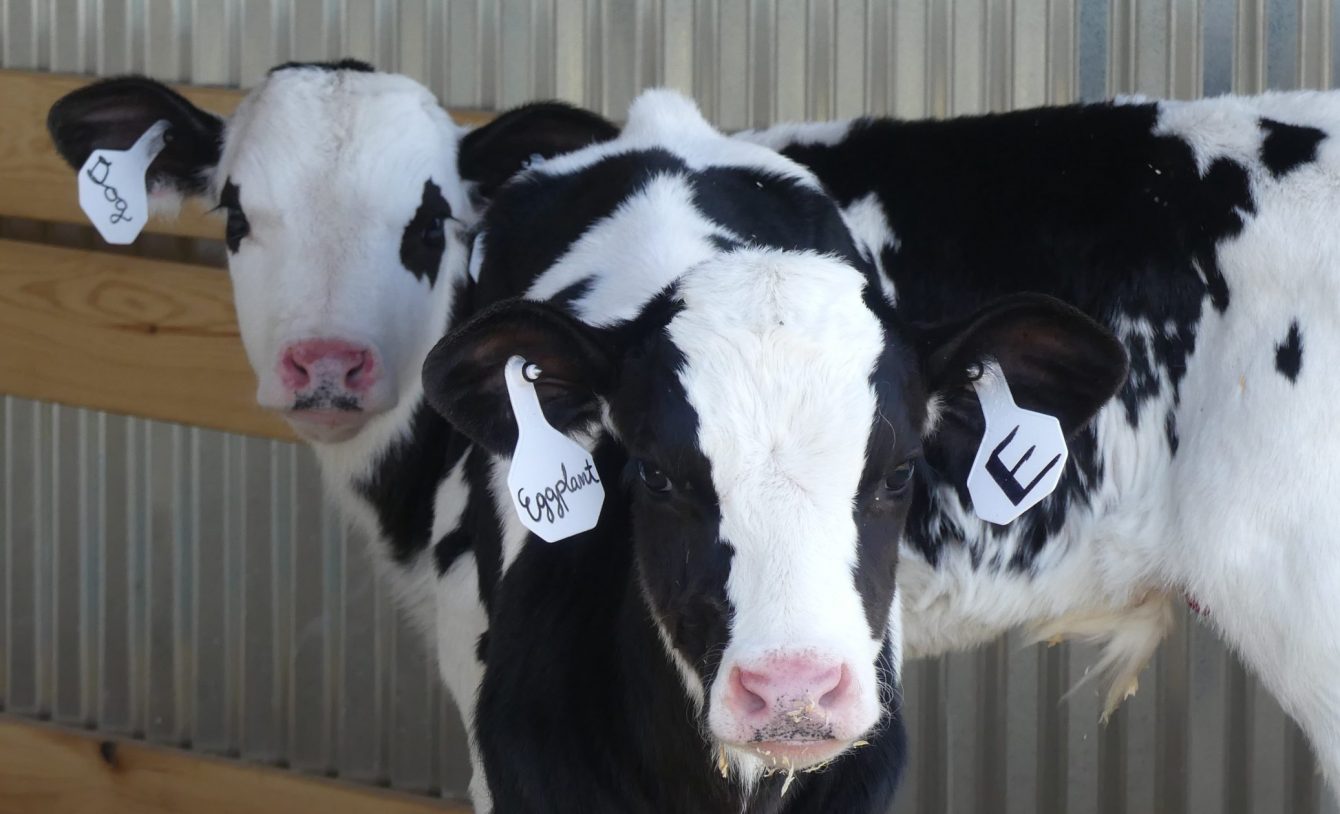 Last month’s newsletter story about the Holstein bull calves, Dog and Eggplant, coming to the farm prompted one reader to ask about the wisdom of grazing a traditional dairy breed for its meat. We put this question to Co-Farm Manager Wyatt Parks, who owns the calves and will raise them as part of a land lease pilot program. Here’s what we learned.

Wyatt is a farmer at heart and loves animal husbandry. In his words, he spent five years working “knee-deep” on an Organic Valley-affiliated dairy and mixed vegetable production farm in his home state of Washington. 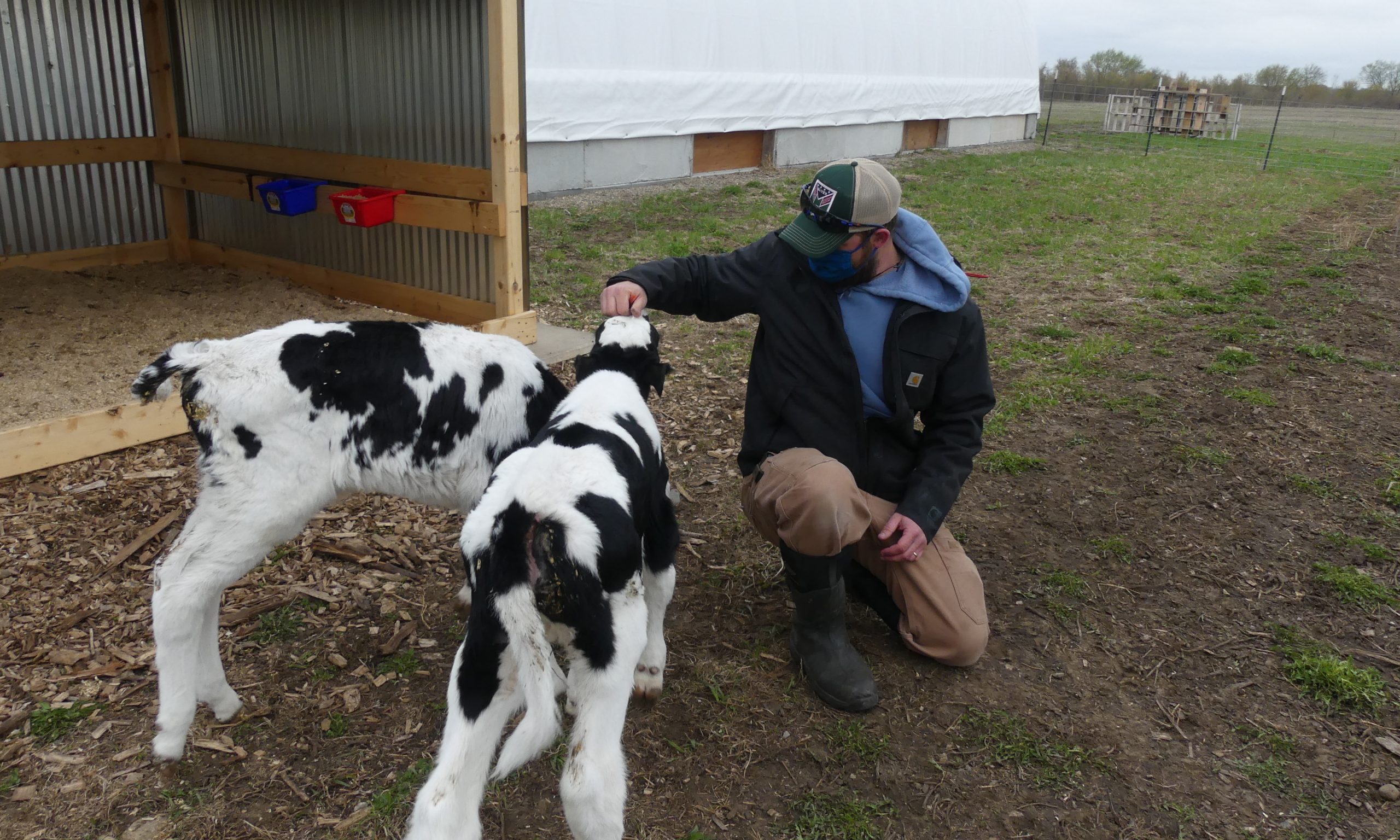 Wyatt can tell you about the origins of dairy breeds and the evolution of the industry. He loves bottle-feeding the young calves, which he says gives them an excellent demeanor and provides an opportunity to bond with each individual animal. And he knows the importance of storytelling and on-farm experiences to marketing high-quality, high-value products.

While still in Washington, Wyatt helped care for and milk the 180 head herd. This dairy also raised their own heifer calves up as replacements resulting in Wyatt helping to care for roughly 1000 calves during his time there. This experience has had Wyatt working with animals at all stages of life in their winter barns and their summer pastures. Like many dairies, the bull calves were sold to a local broker who raised calves to a weight to be sent to a feedlot.

Once Wyatt moved to a place with access to a small pasture, he bought a single bull calf, named him “Sir Loin,” and raised him to roughly 800 lbs before taking him to a local custom exempt butcher. Before leaving Washington, Wyatt had started to build a business and herd around the raising of dairy bull calves but put that process on hold when he moved to Minnesota in May 2018.

This brings us to Dog and Eggplant. 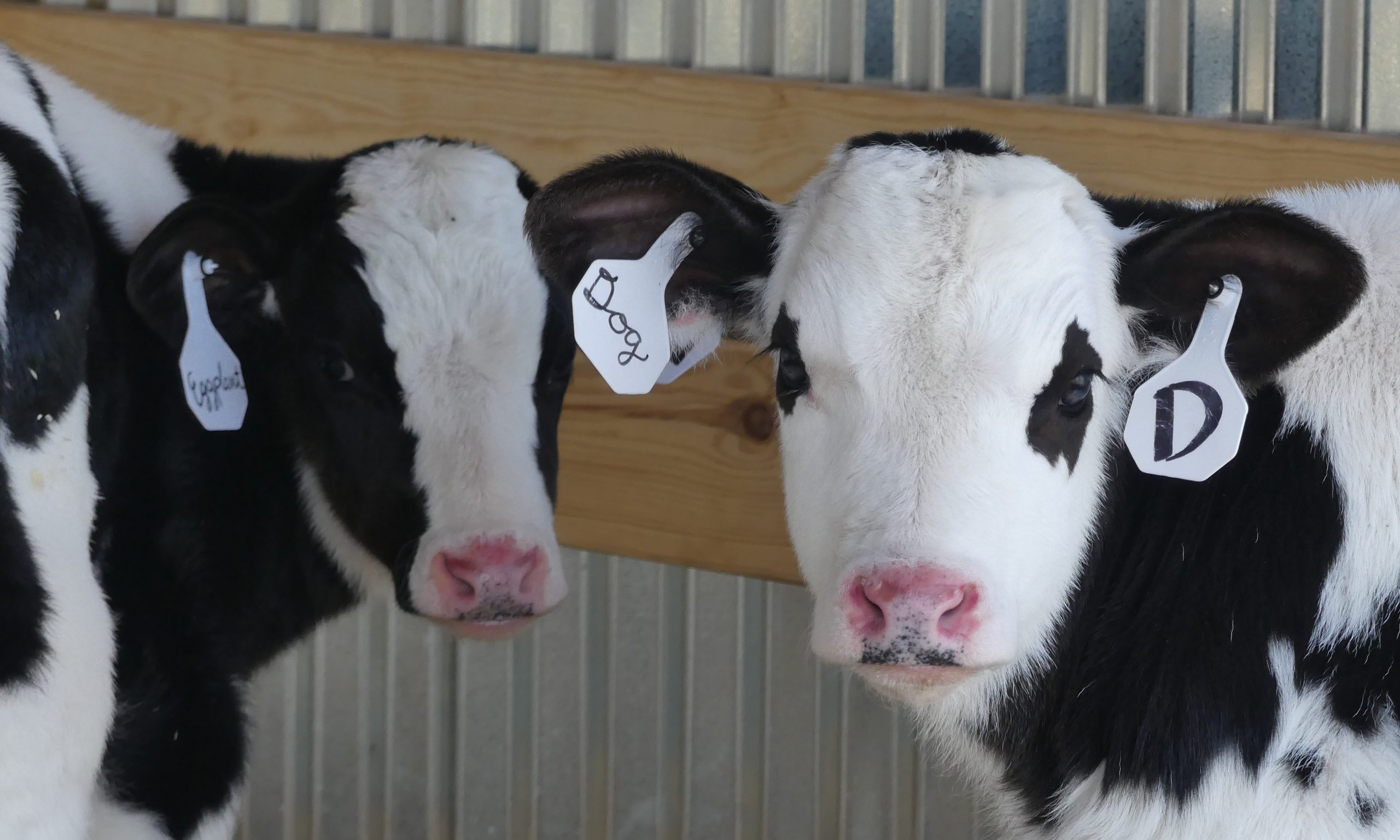 Demand for naturally raised beef is high, and consumers are willing to pay a premium price to support farmers who can produce a high-quality product with a story to match. Wyatt believes that redirecting bull calves from the feedlot supply chain is one way to raise livestock in an environmentally conscious way. Grazing livestock on our pastures is the most natural and effective way for us to rebuild the soil.

Starting small helps limit risk while gaining valuable experience, and he’s already working on marketing and sales a year in advance. Eventually, he would like to raise to eight Holsteins at a time, but for now, he’s content. So are the cows.

Sharing Our Roots’ farm was established in 2017 as a home for regenerative food and farm innovation, demonstration, field research, and training. Its founding vision included a commitment to advancing social and economic equity through access to land and training for aspiring immigrant and beginning farmers.