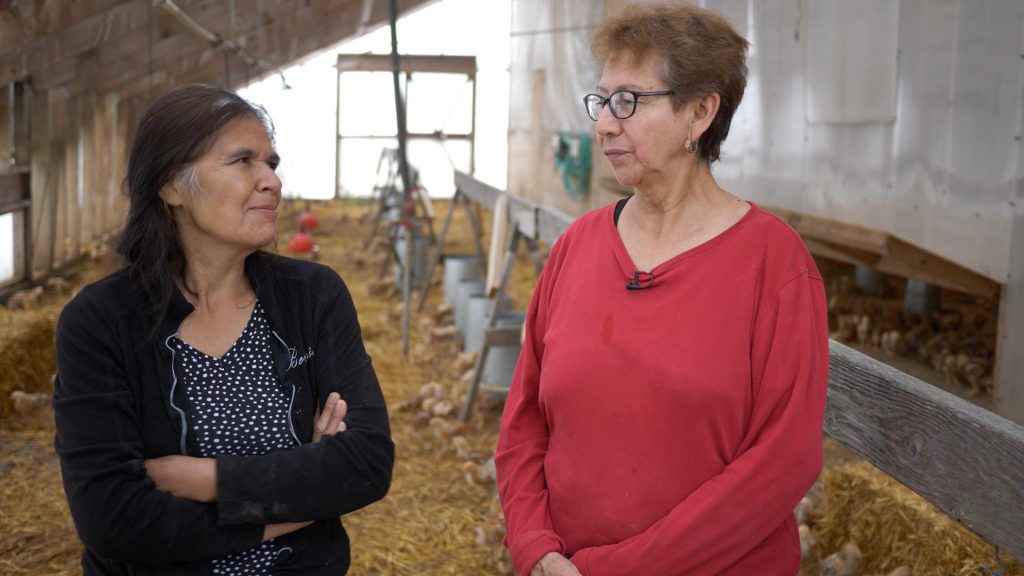 Antonia Navarro began producing chickens with Main Street Project back in 2015, but her experience with raising chickens began years before that in her home country of El Salvador. Antonia loves to tell stories of her life growing up on her father’s farm. She talks of the time when, as a 14-year-old girl, she helped birth a calf by pulling on its legs to help the mother who
was struggling to push it out; of her horse Directa that she rode to school; of the egg-layers that her brother is still raising back home. She loves the life of the farm, to care for animals and promote healthy eating.

Main Street Project was able to provide the financing for Antonia’s first flocks in training and recoup the money by selling the chickens she raised. In 2017, she partnered with Aureliano and his wife, Maria, to raise a flock on Aureliano’s farm, each of them using their own savings to meet the operating costs. But in 2018, outside financing was needed if Antonia was going to be able to produce. Bob Kell, Main Street Project’s training director, worked with Antonia to present her business plan to the Southern Minnesota Initiative Foundation and its Grow a Farmer Fund. She was granted a $15,000 loan that allowed her to raise a flock in one of Main Street Project’s coops. She will sell those chickens and recycle the revenue to raise a second flock in the spring of 2019 before repaying the loan.

Maria Hernandez, who has taken part in Main Street Project’s Agripreneur Training, is helping Antonia with the flock care. Together they make sure that the chickens are fed and released to the paddock each morning and safely sheltered each night.

Antonia is one of nearly 20 Latino producers who have raised chicken under Main Street Project’s poultry-centered regenerative system over the last several years and who are exploring how to launch poultry operations of their own. Finding land, finding financing, and finding a market are critical. Main Street Project and its partners continue to build a Cluster
network of support so that, in time, these dedicated new farmers can begin to get more healthy and tasty chicken to our family tables.