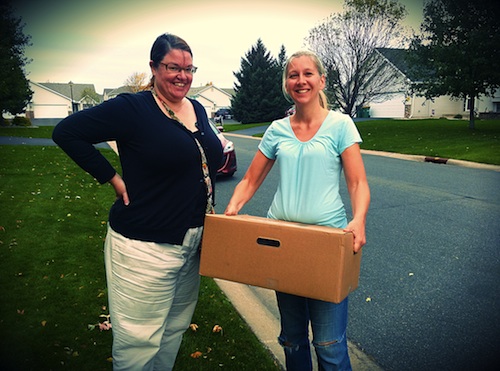 In a survey conducted by Main Street Project , we asked our drop-site chicken customers a series of questions to help us understand their concerns about conventional poultry and their level of satisfaction with Main Street Farmers Chicken.  Here are some of their responses.

What are some of your concerns with the conventional meat industry?

“It’s just too big, the animals don’t have proper care and nutrition. There’s too much disease and contamination. It’s just not okay the way that they handle the animals.”  – Theresa R., January 2014

“The poultry is not raised naturally. The meat is not as healthy and can contain chemicals/drugs that are detrimental to our health.” – Sara M., January 2014

“The disease, mistreatment of animals, environmental impact of raising and processing poultry, and the factory personnel health.”  –Doris Jean A., February 2014

“How the animals are raised—everything from feed, to housing, to treatment, to worker treatment and compensation.”  – Amy K., February 2014

Why do you buy Main Street Farmers Chicken?

“Because the chickens are raised naturally, and I like supporting an organization that is training farmers about these healthy practices.” – Sara M., January 2014

“I like to eat local, support sustainable agriculture, and enjoy a quality product that I know has no hidden elements.”  –Alicia, February 2014

“I like the philosophy of the program. The chicken also tastes yummy!” – Ann, February 2014

“To get healthy, organic, non-GMO humanely raised chicken for my family and me to eat.” – RB, March 2014

“The quality (taste, ‘non-medicated’, healthier live bird) of the birds are far superior to what I’d find in conventional stores and the pricing is competitive for the quality of the bird.” – Erika P., February 2014

How has your experience been with Main Street Farmers Chicken?

“Good. My family could tell with the first bite that this roasted chicken was different. They described it as tasting ‘gamey’. They like the taste saying this is what a chicken should taste like. I make chicken stock from the scraps and bones and feel good about the stock being healthy stock.”  – Joan W., January 2014

There you have it folks! We at Main Street Project believe in a food system with integrity and resilience that supports aspiring small-scale farmers within a structured enterprise. We are proud to say we follow the Principles of a Healthy, Sustainable Food System “which supports socially, economically, and ecologically sustainable food systems that promote health—the current and future health of individuals, communities, and the natural environment.”

Join us in transforming the current food system into a health-promoting system.