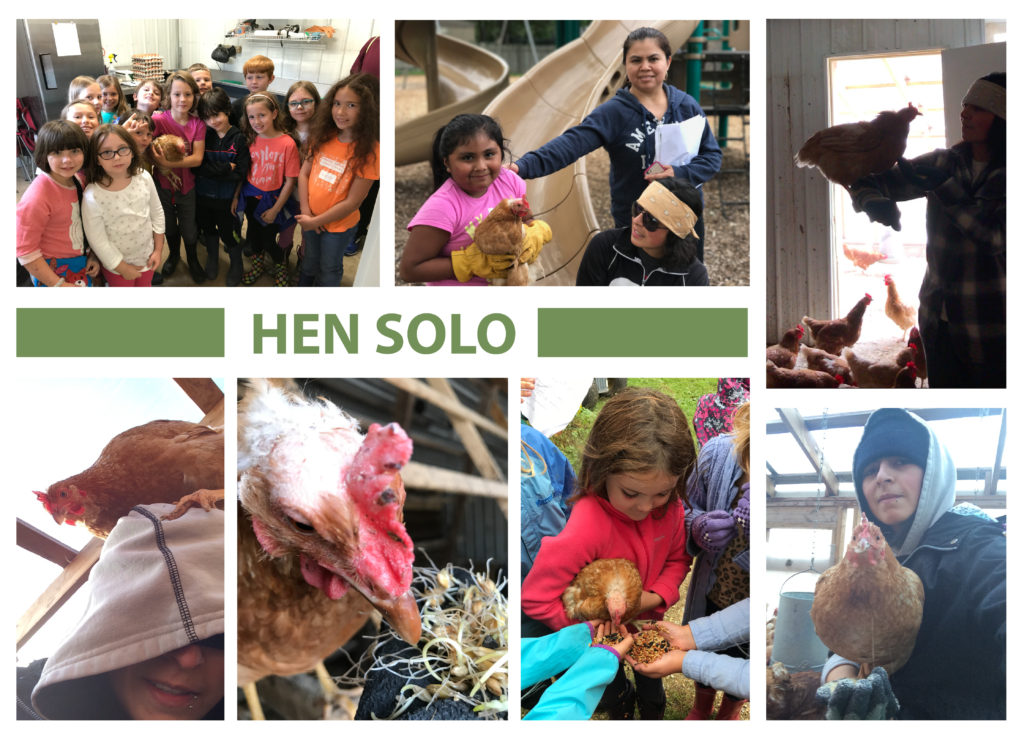 Those of you who have been following our journey might remember our egg-layer flock from our days at Finca Mirasol. Our tasty free-range eggs were a huge hit at our local Just Food Co-op (we were selling about 100 dozen/week)! Some of you maybe heard of Hen Solo, our friendliest hen. Others were lucky enough to hold her. If you were one of the unfortunate people who missed out all together, her story goes something like this:
One gloomy day, after Rocky, our poultry assistant, had finished up the morning chores, he found a chicken stuck in one of the nest boxes.

Frantically, he rushed to find an old Craftsman drill to remove the wooden boards and free the poor bird. The frightened and exhausted hen slowly hopped down for a refreshing drink of water. But that day changed her and the other chickens could sense it. From then on, she was pecked and chased, not once defending herself. She took refuge at the top of the perches, rarely coming down or going outside. She became a loner and thus earned the name Hen Solo (also Rocky is a Star Wars fan).

Rocky realized how the rest of the flock treated Hen Solo and constantly had to rescue her from angry chicken mobs. This happened again and again. Poor Hen Solo was dead last in the pecking order. As the days went by, Rocky cleaned her head wounds, fed her sprouts, and gave her water. It didn’t take long before Hen Solo associated Rocky with safety, warmth and food.

Days became weeks, and weeks became months. Without fail, every time Rocky would walk into the coop, Hen Solo would lock in the target, get into position and land on his head. Sometimes Rocky would call Hen Solo over and she’d land on his arm or shoulder. She accompanied him as he cleaned the waterers, filled feeders, and played music for the flock.

On several occasions, they even visited neighborhood parks together to talk about bullying with kids. She was the most well-mannered front-seat passenger (no, she never pooped, if that’s what you’re wondering). Kids loved feeding, holding and petting Hen Solo. She was a star. She probably could’ve had her own Instagram account like Doug the Pug, Jill the Squirrel or Grumpy Cat. But alas, Hen Solo, the lone warrior, chose a quiet life.

After two years of raising the hens, the birds had to be processed to feed people craving delicious chicken soup. But not Hen Solo (we are not monsters). Hen Solo outlived all her bullies and moved to Colorado with a nice lady who happily adopted her. Her bald spot, from all the pecking, was finally covered with nice red feathers again…and she lived happily ever after.