Climate Land Leaders are eager to address climate change on their lands, and they know that they first need to reduce emissions (decreasing or eliminating pesticide and fertilizer use, for example). Over the years they also look to draw down carbon into the soil.

But what is the carbon sequestration potential for these farms?

Well, first we need baseline soil samples before the Climate Land Leaders make big changes on their land. Big changes, like those Carol and Peg Bouska, Sally McCoy and Ann Novak are taking to transform cropland around the edge of their farm to prairie strips. 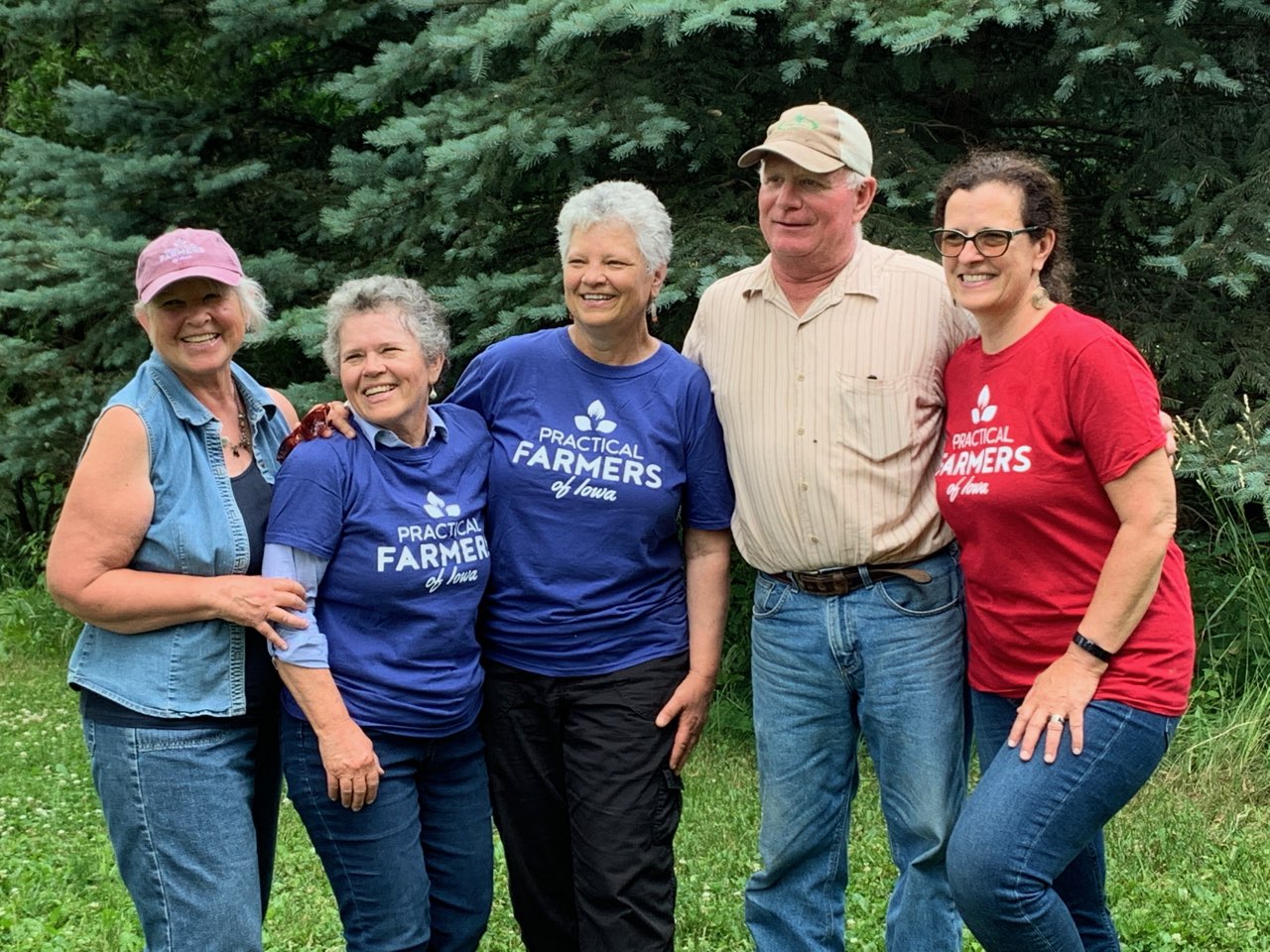 Ann, Sally Peg Carol with their farmer partner and tenant Tom at their 2021 Practical Farmers of Iowa field day. 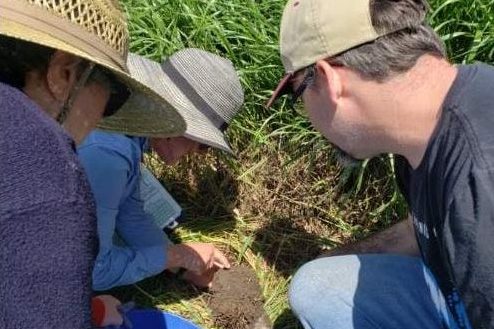 We don’t have actual pre-cultivation information on soil organic matter for the Bouska farm, but the historical thought is that soils (Mollisols in general) under prairie ecosystems had carbon contents of 8-10% before cultivation. The Bouskas could have a stretch goal of doubling or even tripling the organic matter over the years with their transformative practices (moving cropped ground to prairie, for example).

For the best indication of pre-cultivation organic matter levels on your farm, Climate Land Leaders advisor Dr. Sharon Weyers says: Find the least disturbed, most vegetated area in that soil type. The Bouskas followed her advice and grabbed a soil sample from a fence row that was 8.2% organic matter–wonderful! A sample from that same soil type but in an area that is being row cropped has organic matter of 4.3%.

Dr. Weyers (top, in the zoom call pic), who works at the USDA Agricultural Research Service, reminds us to be patient. Measurable changes in soils, including soil organic matter, can take some time.

Nationally, we really are in the wild west period of carbon sequestration in soils and how to pay you all for your “carbon crops” so you can do even more conservation. We all can contribute to the debate!